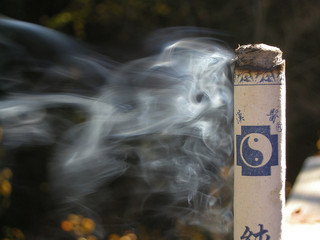 When people hear the word “acupuncture”, they almost immediately think of needles. For some this is a big problem. Needles can be a big source of fear, or inappropriate for kids who can’t sit still. Does this mean that acupuncture can’t be given to those people? No! You might be surprised to learn that acupuncture doesn’t require the use of needles to be effective, and needles are not even appropriate in some cases.

Acupuncture in China (zhen jiu) consists of more techniques then just inserting needles into the body. These other techniques in the United States are called “adjunct therapies” since they are often used in addition to needles, but they can form a treatment in their own right. While there are more adjunct therapies than we have space to describe, here are some of the more common ones:

While needles are used for most health problems, they are not always needed or appropriate for some people. The adjunct therapies above are good for those who are afraid of needles, or who anticipate them too much (thus having a lot of pain), or who have trouble sitting still during a treatment.

Because not all people play nice with needles, we offer a form of acupuncture treatment that is needle-free and uses only adjunct therapies. If the needles used in acupuncture have been keeping you from seeking care, worry no more. Schedule your appointment today!