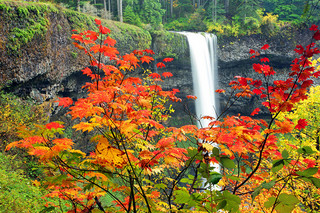 One aspect of our health that we don’t often take into account is the seasonal changes, or health conditions that only occur a couple times a year. For example, one patient may always get a dry cough in November, while another patient may be prone to sinus infections in the early spring. The causes for these intermittent problems almost always have to do with how the weather changes during different times of the year. So, learning how to anticipate and brace for these changes can help us avoid yearly periods where we might be prone to getting sick.

The way that we track the seasonal changes is by the rotation of the Earth relative to the sun. We use the solstices & equinoxes to determine the start of each season. This is similar to how the seasons are understood in China and its surrounding countries, but not exactly the same.

In East Asian cultures each season is said to have a particular energetic influence. In spring things are growing and blossoming. In summer plants and animals thrive under the sun. In autumn plants are starting to contract and die. In winter everything is dormant and still. These influences have their greatest expression during the equinoxes & solstices, the times we say a season beings. But if each season’s influence is greatest during an equinox or solstice, its influence must have been building before that time. So, the start of the seasons are really on the midpoint days between an equinox or a solstice. By this reckoning, the influence of autumn starts in early August. If you look around, you will start to see it too – some plants are already done producing for the year, the nights are already starting to be cooler and the mornings darker, and a tree’s leaves can begin to change almost a month earlier than any others around it.

From a medical standpoint, what this tells us is that if a person has problems in autumn, the time to start treating for that problem is a couple months before autumn starts. If there are always problems in spring, treatment should begin in late January or early February at the latest. This gives enough lead time for treatment so the body can adjust and be strong by the time problems are expected to happen, rather than using treatment as a stopgap when a problem is already occurring.

If you’ve read this far, take a few moments and think about your health during the year. For any given month, is there a problem you always tend to have during that time? If so, and you want to take preventive action, schedule your consultation early to avoid getting caught with a problem before it’s too late to avoid.