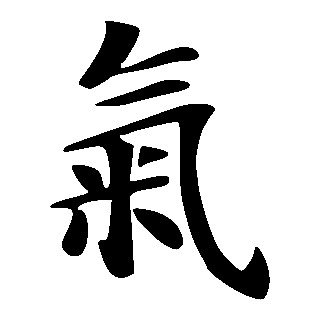 If you look up most any definition of acupuncture you’ll come across the word qi. It’s a strange word, and tends to pop up when anything Chinese is around. You may have heard it if you ever took a martial arts class. You might even have heard it at a yoga class! It seems to be one of those words that’s not easy to define. So just what is it?

Qi is one of those words whose meaning depends on the context in which it’s being used. This means that for each setting you hear the word, the definition and use might be a little different. In medicine (what we’re most concerned with), qi is any form of energy that exists in the body, with the word energy taking on the meaning that it has in physics. So, any potential or kinetic energy is qi. Any stored chemical energy is qi. Thermal or electric energy is qi. All of them fall under the same definition.

So what about qi emission?

Discussions around qi sometimes lead to questions around qi emission. People often want to know if you can manipulate qi outside the body, the way someone who is trained in reiki will work with a person without touching them.

In the classical Chinese medical texts, this kind of thing didn’t exist. But because qi is a very context-driven word some people have brought in this idea from other areas. It was first talked about in certain spiritual practices, the martial arts, and over time has made its way into certain areas of medicine. Traditionally though, there’s no basis for qi emission. In our practice we don’t see much value in it.

Our acupuncturist has always believed that it’s best to use words people are familiar with when describing acupuncture. So you won’t hear a lot about qi in our practice. But the word is out there, and if you’ve been told something about yours it’s always good to get a second opinion from someone who knows what is being discussed.

If you’re trying to make sense of a word like qi and are looking for help, schedule your consultation today or call our office for more info!